Where I talk about my health and fitness and life with my crazy kiddos and loveable hubby!
Posted by Sarah at 12:49 PM 0 comments 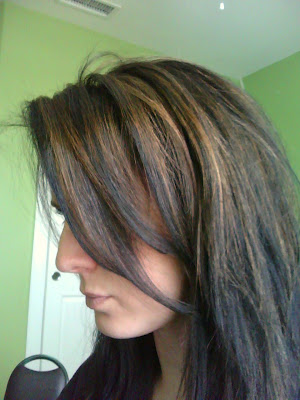 This was the best result we could get without completely damaging my hair.
The underneath is still black but there are a few highlights worked in here and there to try and tone down the color some.
It's much better than black and my roots will blend much better. It'll be a few visits until I get it lightened to where I want it but I rather have (kinda) healthy hair than the color I really want right now.
But I like it. And more importantly, the kids approve. Hubba Bubba hasn't seen it yet but he likes all my different hair colors. It's like he gets a new wife every few months. =)
On a different note, tomorrow I will start up my P90X workouts again. I stopped due to a cyst in my spinal cord. It's still there and I've been a little chicken to start working out again. Walking, jogging and all that low-impact stuff isn't really a problem for my spine but it's boring. Plus I want some results I can feel and see.
Here's an image of the issue in my spinal cord. Or the medical term, the Syringomyelia. 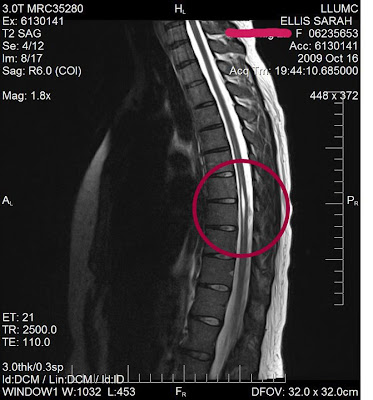 I did get the OK from the Doc back in January that I could workout again. And he knew about the weight lifting and stuff that I use to do so he knew I wasn't talking about simple shit. I've just been in a lot of (silent) pain lately and I'm a little chicken to start a hardcore workout again.

So tomorrow, expect me to report in about how difficult my one-hour workout was and in the following day's, I can guarantee some whining.

Happy Hump Day everybody! And if you have a glass of wine, have a second one for me.

And for lunch today, Jack-in-the-Crack. That seems to be a good pattern for me. I eat well throughout the entire week and weekend (usually), then I weigh-in Monday morning and come lunch time, it's cheat time.

On Wednesday I will be venturing into the hair salon. A lady who was my make-up & hair chick on a shoot will try and get the black out of my hair. I'm a frequent flyer in the hair coloring department and I'm done with the black. And hopefully this time I have learned my lesson about how difficult this color is to get out.
The image of me to the right, that's about as close to my natural color that you're probably going to see. On Wednesday, I'm shooting for a caramel shade. Below are some hair colors I'm considering.

What number is your favorite? 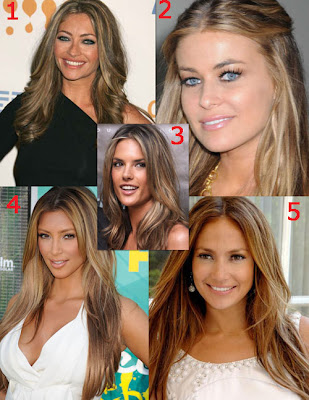 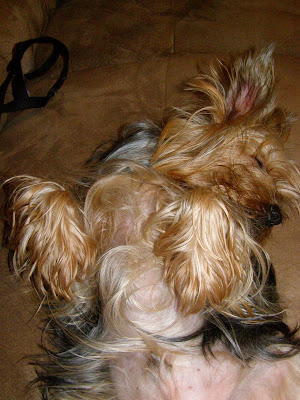 It's been a rough day for Momo's (aka Max), and his momma.

Yesterday evening I noticed that he was taking very quick breaths but he was acting normal so I didn't worry too much about it.

After googling for a while I learned that the normal number of breaths for a dog is 12-20 a minute and that rapid breathing could be a sign of pain or respiratory issues. I timed Max's breathing and he came in at 102 in one minute.

I called the Vet.

They told me to bring him in right away and when we got there, lungs and everything else checked out fine. Unfortunately, he was panting because he was so excited from his car ride that they couldn't get an accurate resting (breathing) count.

The Vet dude told me that he thinks Max may have a collapsed larynx and that an issue like this is common in smaller breeds. The only way to diagnose is with an x-ray that comes in close to $1,000.00. (We weren't able to see our military vet because they're an hour and a half away and at the time, I didn't think we had that much time to spare.)

I decided to pay for my visit and take Max home to see what our military vet would suggest doing and to also see if the x-rays would be any cheaper. Before leaving, the Vet told me to bring in a video of his breathing so that they could see what I was talking about since they were only able to meet Hyper-Max.

Once we got home, the breathing trouble continued. I made a video on my phone and brought it in to the Vet. He is still thinking it's the larynx and said that since Max's lungs, heart rate and everything else check out OK (and he's not in any pain), that we should try to manage this issue with diet.

He admitted that Max isn't too plump but weighing in at 8.6lbs., he could stand to lose a pound or two. It's probably all that Great Dane food he's been eating. LOL! He said that 1lb. to a dog is like 30lbs. to a human. So Momo's has been put on a 1/2 cup a day diet until he can drop a couple L.B's. The point of this, by losing weight and fat around his rib cage, the Vet is hoping that it'll relieve some of the pressure on the larynx.

Momo's is doing fine right now. His breathing has seemed to slow a bit, I think we're still high though, around 70-80 breaths a minute. But he's acting completely normal, a whole lotta lazy.

Also, just a note, I googled "Momo" to see if there was a better way to spell Max's little nickname (we also call him Maximus and Max-a-mo from time to time) and below is the Urban Dictionary's definition for Momo.

Maybe we'll stick with Max-a-Mo from now on.
Posted by Sarah at 7:32 PM 0 comments

This Summer I will have to say "see you later" to my honey for the first time in 5 years. He is being deployed and it looks like the kids and I are gonna head back to Texas so we can spend the year with my family. They miss me.

One major step in our move has been completed. I have found D a private school in Texas that sounds pretty great and is actually affordable. The first school I found, their tuition was $16, 715. For a 5th grader. For one year! HA! I care a lot about my son's education, but not that damn much.

And I have to cut this post short because said Honey has just made it home from work and we have lots to talk about.
Posted by Sarah at 5:58 PM 1 comments

I was a bit moody yesterday, mainly because the damn scale didn't show me the 2 pounds I wanted to lose.

Yesterday's weight: 172.6
So what, 1 pound 2 ounces gone? I guess that's not too bad. Expecially since Ms. Bloat is in town for the month. And I did have 3 cheat meals last week. That's two more than what I wanted to allow but they were delicious!

Things have been stressful over here. Lots of changes that are fast approaching with the military; a possible move and my honey being gone for a year. =( This will be the first time he's been away from the kids for that long and I know they're going to miss him dearly, as well as him missing them. I don't even want to think about it right now. I'm already trying to figure out ways to keep myself busy so the time will go by faster.

Yesterday I saw the previews for a new show that's going to air on Lifetime called Coming Home. Soldiers that were deployed being reunited with their loved ones. Lots of clips of children seeing Daddy again. It was a 30 second commercial and I was bawling 5 seconds in. I think I was probably more emotional than normal because of our recent news and maybe a little bit because of my situation with my father. That's a story for another day.
Posted by Sarah at 11:12 AM 1 comments

Email ThisBlogThis!Share to TwitterShare to FacebookShare to Pinterest
Labels: weigh-in

Living with NMO - A Video

Below is a video of patients diagnosed with NMO; joined by the wonderful Doctors who are fighting like hell to find a cure for them. I am very proud to be a part of this video and to have my husband there by my side. Taped November 10, 2010. 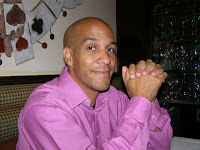 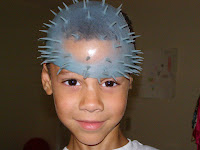 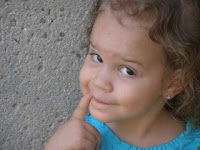 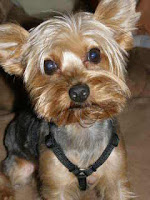 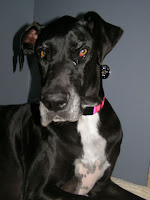